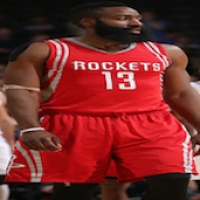 If you're a sports bettor, you probably know by now that gambling on basketball, either at the collegiate or professiona level, is absolutely spectacular. And if you don't know that, it's time to get with the program. Basketball is fast and furious compared to most other professional sports, even when you're watching some of the NBA's or NCAA's slower teams. There are a ton of games on a daily basis, and the seasons aren't abbreviated like the NFL—especially at the NBA level, which plays host to year round betting thanks to a protracted regular season.  [+]

When it comes to betting on basketball, you'll steer your focus into a few different areas.

Moneyline plays are the most straightforward wagers. You're merely picking who will win the game. The returns on favorites aren't huge, while the winnings on underdogs typically pay off. See if you can spot games in which you feel strongly about the lesser of the two teams. Betting on underdogs, within reason, can be very lucrative.

Spreads are a little bit more complicated. If the University of North Carolina is playing Duke and the line reads: UNC (-7) vs. Duke (+7), that means UNC is favored by seven points. Betting on them is basically the equivalent of saying you think they'll win by more than seven, whereas betting on Duke means you believe they will lose by less than seven or actually win.

Overs and unders are easy enough to understand. If a sportsbooks sets an over/under at 202.5 for the game, you either have to bet that the two teams involved will total less than 203 points (under) or more than 203 points (over).

Parlays are also something you'll want to familiarize yourself with. These are bets that see you combine multiple wagers and roll them into one. Every outcome you invest in has to be correct for you to win parlays, and as a result, the payoffs are usually pretty big.

One example of a parlay would be if you took the Oklahoma City Thunder at a +7 against the Cleveland Cavaliers, and attached that to the Golden State Warriors at -4 against the San Antonio Spurs. In this scenario, if the Thunder lose by less than seven or beat the Cavaliers, and if the Warriors beat the Spurs by more than four, you walk away a winner.

Welcome to your all-inclusive source for basketball betting. This tool shows all the upcoming games, both in the NCAA and the NBA, and all the pertinent information.

Always look at this page before placing any final wagers, just in case the odds change. It's very rare when betting on the NBA since the lines are usually published inside 12 hours before tip-off unless it's the playoffs.

But it's a little bit different for college games since there is typically more time in between outings and, thus, more of a chance that the initial lines move, even if only slightly.

Either way, come back here before hitting the sportsbooks. Having the most recent information safeguards you against surprises before betting or, in extreme cases, against placing bad bets in general.

Click here if you are looking for lots of information on the March Madness odds.

How To Win At Basketball Betting

Betting on basketball is all about keeping your pulse on the action. The NBA is one of the most predictable leagues from the regular season through to the championship round, while the NCAA is pretty easy to predict up until March Madness and its one game eliminations.

To start, understand that your job doesn't stop during the offseason months—specifically with regards to NBA betting. The draft and free agency impact the makeup of rosters around the league. Trades also go down. All of these transactions shape the Association's hierachy. The offseason, after all, is when teams typically decide their direction. Will they try and improve to keep contending for a title? Will they maybe hit reset, selling off win now pieces for picks and prospects that inherently drive down their stock for next season?

On the college front, you have recruits committing to certain schools, coaches getting fired and hired, players leaving for the NBA or graduating, etc. It's important to keep tabs on the favorites and see if they remain prominent competitors. It's equally important to try and spot teams on the rise—schools that could become powerhouses or fringe goliaths when the next season rolls around.

Following all of these offseason anecdotes, at both the NBA and NCCA levels, ensures you won't be caught off guard when the real season gets underway and there are teams and schools standing in different positions.

The final piece of advice to which you should adhere: Study team and school play styles.

Is a certain school or NBA team a defensive specialist or offensive virtuoso? Could they possibly be both? These styles matter, as they infer against which types of opponents every team or school will struggle or thrive against, in addition to hinting at whether they'll be a good over or under play.

Example: If a strong defensive school is facing off versus another strong defensive university, and neither squad is known for their offense, you'll be aptly compelled to invest in the under.

Remaining in tune with these play styles is doubly important at the NBA level, because the field is smaller and, thus, more stable. Getting a feel for the identity of multiple teams will allow you to prosper over the course of an 82 game regular season and into the playoffs.